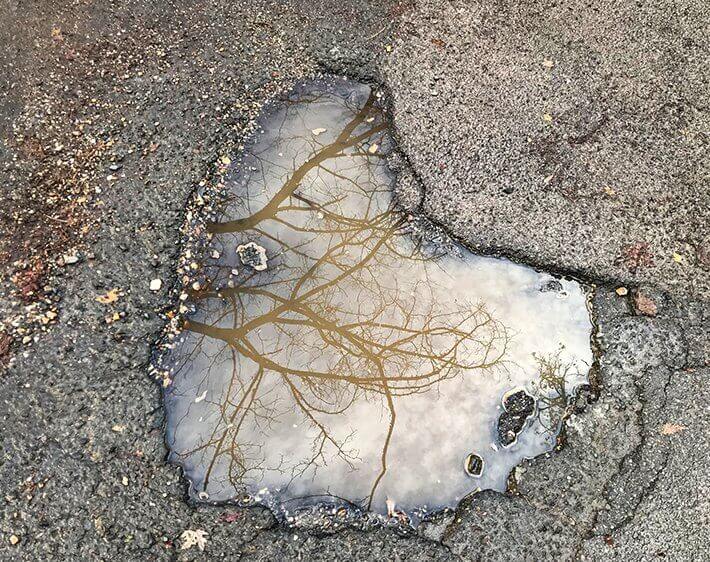 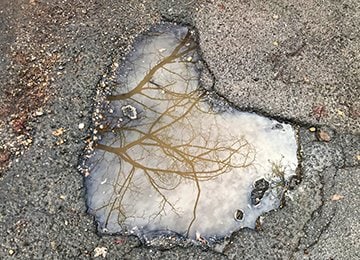 Without fail, just when all of winter’s icy, snowy, slushy weather conditions seem to be over, a new driving hazard moves in: potholes. And just as one gets repaired, two jump up to take its place. Let’s dig in and see how they form.

One of the biggest causes of potholes comes from the seasonal freeze-thaw pattern that a majority of the country experiences every year. Water from melting snow and ice seeps beneath the road surface through tiny cracks in the pavement. When temperatures drop overnight, the water freezes and expands, forcing the road to rise. Traffic then places stress on the weakened structure, widening existing cracks and allowing even more water to seep through. The whole cycle repeats until the pavement finally gives way and, BOOM!, a pothole is born.

Even states like Arizona, Louisiana and California aren’t immune to the headache of potholes. In fact, Los Angeles consistently ranks among cities with the worst road conditions. The reason? Water. Even without expansion of it freezing under the surface, water can still create gaps in the pavement’s soil base and soften the asphalt. Larger cracks in the surface from the hotter sun allow in even more water. The weight of passing cars and trucks then break up the weakened spot and, again, a pothole is formed. It’s even possible for a pothole to occur on a dirt road.

Just because the road looks dry, doesn’t mean you should speed up. Reducing your speed gives you a better chance to spot potholes and drive around them. And even if you do hit one, you’re less likely to cause pothole damage to your car at a lower speed. Also, be on the lookout for warning signs, like a puddle which could very well be a pothole in disguise, or a cracked road surface, which might be a pothole waiting to blow. Finally, make sure to report any potholes you see to your city’s department of transportation. The sooner you do, the sooner they’ll be repaired.

Even with added caution, pothole damage can still happen. And if it does, a Firestone Complete Auto Care location near you can help with any needed repairs. 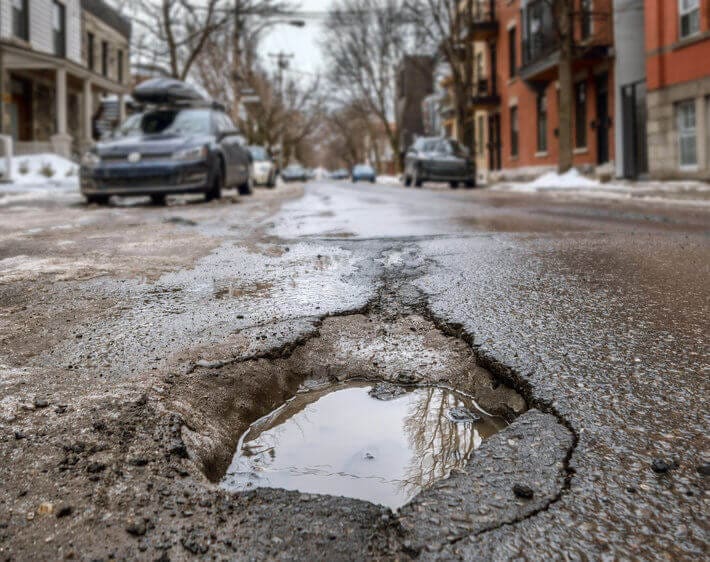 Mar 5, 2018
During the season of pitted asphalt and hidden holes in the road, stay alert for these 4 signs of pothole damage to help prevent long-term, costly damage to your reliable ride. Learn more and visit your local Firestone Complete Auto Care for pothole car repair and more!

How to Stay Warm When Your Car Heater Is Not Working

Jan 22, 2018
Car heater not working? Bring your car to the nearest Firestone Complete Auto Care and in the meantime, keep warm with these ideas for a cozy car! 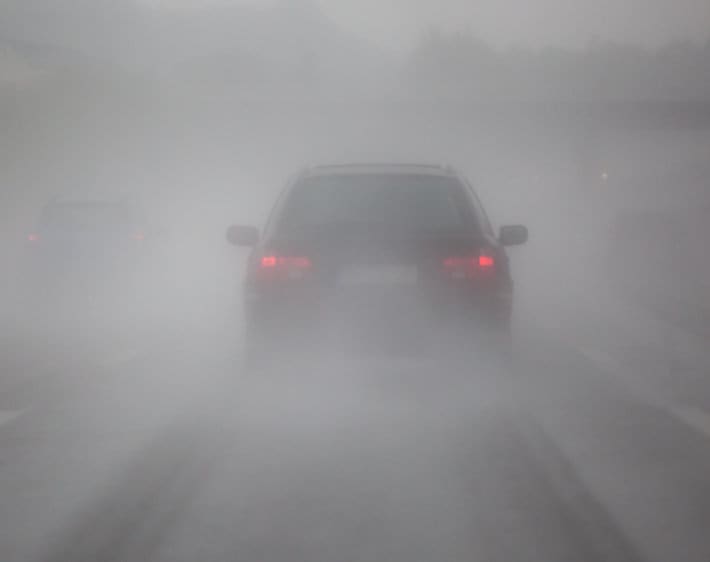 Driving in Fog: 10 Safe Driving Tips You Need to Know

Jan 2, 2018
Driving in fog isn't like driving in snow or rain. Follow these safe driving tips from Firestone Complete Auto Care to stay safe and sound on foggy trips!