What does your ride say about your personality, your priorities, and your day-to-day responsibilities?

Dan Cohen, Senior Editor and Co-Owner of Gear Diary has always loved technology. On a recent trip with a major car company he discovered he loves driving fast.

In the popular book Men are from Mars, Women are from Venus, author John Gray highlights the specifics of gender differences and the ways they impact our interactions with one another. The goal of the book wasn't to be sexist, but rather to point out that men and women have different styles of interacting, and they may see the world in vastly different ways. At about the same time Gray published his book, a more scholarly approach to the same subject was taken by Deborah Tannen. At the time, Tannen was a university professor researching gender issues. She too was looking into the communication differences between men and women. In her book You Just Don't Understand: Men and Women in Conversation, Tannen suggested that there are male communication styles as well as female communication styles, and the two are vastly different. It's worth noting that a man may have a female communication style and vice versa. Two examples from that book: 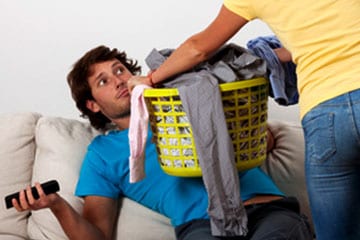 The goal of Tannen’s book wasn't to judge one communication style or the other, but rather to highlight the differences between the two styles and promote understanding between people who might be approaching things from different perspectives.

This leads me to ask the question as to whether these same stylistic differences enter into the decision of what vehicle a person chooses to drive. This is not an empirical study, but rather some observational thoughts that derive principally from my household's recent need to purchase a new vehicle.

My wife, Elana, and I don't have children, but we do have what might be perceived as traditional gender roles in our marriage. I work outside the home, and she tends to the household and various other interests. I rarely have packages in my car, and I can count the number of times I have had more than one additional person in my car on one hand. As a result, when I needed to lease a car two-and-a-half years ago, the only requirement I had was that it be all-wheel drive so I could get to work in any weather here in the Northeast. There was no thought given as to the size or style of my vehicle, other than my wife urging me to get something that I loved, something that would be fun to drive, and something that would make me smile each time I got behind the wheel. I ended up with a small, sporty sedan. My lease is coming due in the fall, and the same factors will go into the next purchase. I expect that I will end up with something "even more fun" that my current lease.

My wife’s car died six weeks ago, and she needed to purchase a new vehicle. In her case, we also wanted something with all-wheel drive, but there were many other factors that played into her choice of vehicle. She wanted a sedan, but ultimately purchased an SUV. The reason for this had everything to do with the fact that she does all of the household shopping and is constantly lugging a tremendous number of packages around. In her case, her lifestyle and role dictated the type of vehicle she purchased. It resulted in her getting the vehicle she NEEDED to get, rather than the one she really WANTED to get. 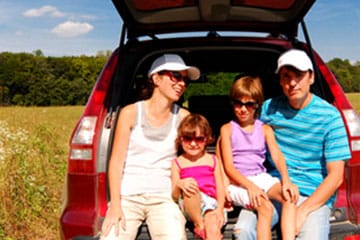 My writing partner on Gear Diary, Judie, has found a compromise. She has what she calls 'the family wagon': a large SUV that can hold up to seven people. This is the vehicle that her family takes when they are all going somewhere together, and it is the vehicle she drives on days when she knows there will be a lot of packages or groceries to carry. Judie also owns a vintage two-seater convertible; that's the car she takes when she doesn't have others to haul around or a lot of packages to carry. Besides being fun to drive, her car gets double the gas mileage of the SUV. Moreover, the two-seater reflects Judie's fun-loving, free-spirited nature. The SUV reflects her responsibilities. Judie's husband, on the other hand, drives a 4x4 work truck that is suited to his job in construction. Big, tough and meant to be taken seriously, his vehicle reflects his style quite well.

I've noticed similar compromises made by people in my work environment. I am the only man in my senior staff organization. Some of the women have small children, while others have children who are grown and out of the house. The women whose children are no longer at home all drive small sedans. The women who still have children at home all drive SUVs or minivans. It's no accident, since they not only have full-time jobs, but in each of their households they also have the primary parenting role. They are constantly lugging children and packages from one place to another. When I asked them about their SUVs, more than once I heard the statement, "As soon as the kids are out of the house, I'm getting a small sedan and dumping the SUV (or the van)." Others noted that since their eldest child would soon be driving, they needed to get the safest vehicle possible, too. When asked whether parenting determined the vehicle choice for their husbands, they simply looked at me and laughed. 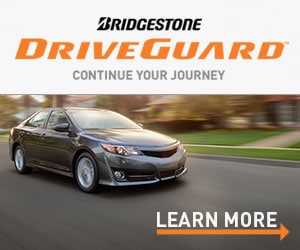 A study by Truecar.com bears this out. Based on over eight million retail purchases in 2011, the company found that:

"Female car buyers really gravitated toward smaller, more fuel-efficient cars," said Kristen Andersson, Senior Analyst at TrueCar.com. "It was the complete opposite for male buyers, who preferred either a fast, sporty vehicle or more heavy-duty vehicle, like a large truck or SUV.

So my question to you is this: What do you drive, and what-if anything–does it say about your personality, responsibilities, and taste? And while you ponder that, consider this: Why is it that if you see a super expensive sports car on the road, the odds are pretty good that there is a man behind the wheel, and he is over the age of 50? That, however, is another post entirely.

Five Gadgets Every Young Driver's Car Should Have, and Two They Shouldn't

Aug 22, 2016
Find out which five gadgets every young driver's car needs (and two they don't) according to Dan Cohen, the Senior Editor at Gear Diary. 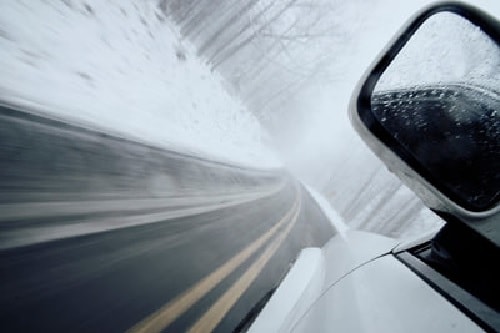