Summer is for road trips and few routes are as full of history, outdoor adventure, and jaw-dropping views as the Natchez Trace Parkway. The Trace is an uninterrupted, 444-mile parkway through Tennessee, Alabama and Mississippi. Like a freeway, there are no stoplights or stop signs on the Natchez Trace, only on-ramps and off-ramps. Unlike a freeway, this winding two-lane route is a greenway—flanked by nature and set away from any modern development.

Modern road trippers enjoy a paved road, but the Natchez Trace roughly follows a historic trading route. Local tribes, Ohio Valley "Kaintuck" traders and others used the Trace to travel between Natchez, Mississippi and Nashville, Tennessee. As a result, the Trace is full of historic sites. Ghost towns, 2,000-year-old earthen mounds, and inns from the 1800s known as "stands" are yards away from the pavement. There are several stops along the trace where visitors can walk the original "sunken trace"—where generations of travelers have worn deep depressions into softer portions of the earth.

One could race down the Natchez Trace in a single day, but it would spoil the fun. There are over 100 picnic pullouts, scenic overlooks, campgrounds and historic landmarks along the Trace. We allot 2 to 3 days to travel from Nashville to Natchez. It is enough time to cover the highlights without rushing. Even if you have a tight timeline, here are ten stops, running North to South, along the Natchez Trace that you should not miss.

Top 10 Stops on the Natchez Trace

Yards from the entrance to the Natchez Trace, this classic eatery is the perfect starting point for your adventures. Fill up on biscuits and barbecue, but be sure to arrive early or you could face over an hour wait.

While these are two different stops, there is a short scenic trail that combines them. Hike between a scenic vista of Tennessee farmland and an awesome (though seasonal) waterfall.

While the historic Tobacco barn is an interesting stop on its own, what really makes this diversion stand out is the two-mile drive along a portion of the Old Trace. Note: there are tight turns and low-hanging branches, so RVs are not allowed on this route.

The Trace has had many famous travelers. One of the best known is Meriwether Lewis of Lewis and Clark. Lewis died on the Trace in 1809 and his grave is the centerpiece of the modern park, picnic site, campground and hiking area.

Take a picture in front of the longest bridge on the parkway. This is a great opportunity to get your car in the picture by parking along the Lauderdale picnic area loop, nearest to the river.

This is one of the ultimate selfie stops along the trace. Walk the short boardwalk trail to get a shot with remarkable cypress trees in the background.

This eerie ghost town is not only rich in Mississippi history but also includes a campground. So, gather around the campfire for some ghost stories!

There are several stretches of Sunken Trace along the Natchez Trace. These are portions of the original trace that were so regularly used that traffic created a deep depression in the earth.

There used to be no shortage of stands along the Natchez Trace. These 1800s inns were often little more than homes opened to travelers for food, refreshment, and beds. Mount Locust is one of the few remaining stands on the trace.

There are many prehistoric mounds along the Natchez Trace but none of them compare to the dramatic achievement of the Emerald Mound. The Emerald Mound is so large that it includes several smaller mounds on the main mound. Archeologists believe it was not only a ceremonial site but an actual townsite.

As the name suggests, the southern terminus of the Natchez Trace is in Natchez, Mississippi. But, if you’re looking for a little added adventure, continue your road trip three hours south through scenic swampland to the mouth of the Mississippi and New Orleans, Louisiana.

Preparing for the Trace

Before you start your trip, be sure you have the necessities. Pack food, water and camping gear to get the most out of the Trace and its many campgrounds. Pick up the National Park Service's Natchez Trace Parkway map—free at most any tourist information booth or gas station near the parkway. Finally, cell service is spotty on the parkway so catch any car problems before they start. Make sure your car is road trip-ready with a stop at Firestone Complete Auto Care. Schedule your appointment at any one of the 2,200 Firestone Complete Auto Care locations across America here. 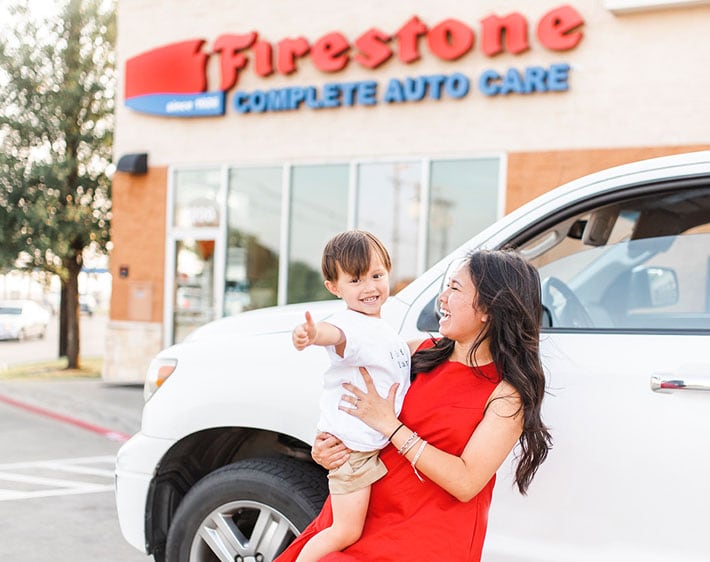 How to Create a Fun & Relaxing Road Trip Experience

Jul 1, 2019
Road trips are meant to be fun especially when little kids are in tow. See this bloggers top tips for travelling with toddlers.

Jun 18, 2019
Some of the best views of this beautiful country can be seen right from your car. Get inspired by this bloggers travels and how he gets road trip ready.

Top Tips for Your Next Family Road Trip

Jun 18, 2019
When it comes to road trips, getting there is half the fun. See how this blogger keeps her kids happy and entertained.