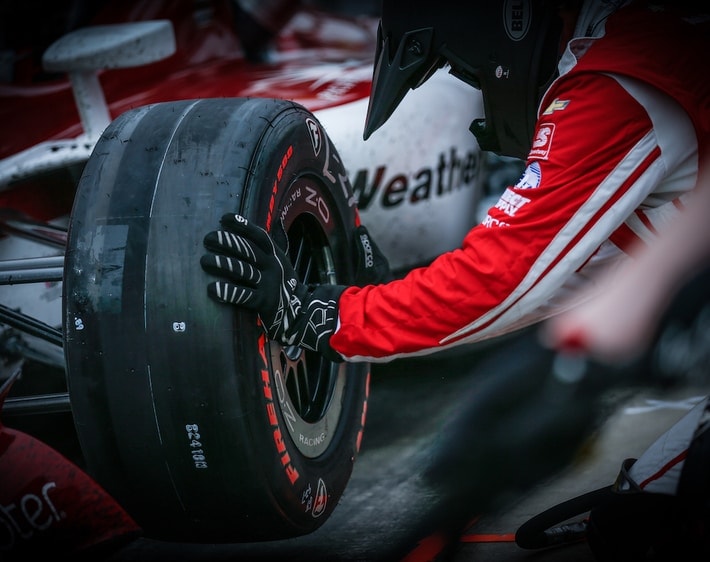 Pizza, pop, and pistons? Not exactly. “Carb Day” at the Indy 500 earned its nickname from a completely different kind of “carb.” Learn what "Carb Day" is, how it got started, and other frequently asked Race Day questions!

You’d be forgiven for thinking that “Carb Day” at the Indy 500 — the Friday before the race — is when all of the drivers prepare for the arduous event by loading up on carbohydrates such as pasta and bread.

As described in the book The Indianapolis 500 by J. Craig Reinhardt, “carb” actually stands for “carburetion.” As in Carburetion Day, when drivers have one final opportunity to drive around the track before the big day. Its name comes from the long-abandoned practice of adjusting carburetors to fine-tune a car’s performance.

Why abandon such a practice? Because, according to reports by IndyStar, the last cars with carburetors to race in the Indy 500 did so in 1963. Engines with fuel injectors replaced them, but the name stuck, and “Carb Day” still stands as the day when racing teams make many other vehicle adjustments.

Indy 500 races can last anywhere from three to four hours, with laps that span 2.5 miles. As reported by Quartz, driver Eddie Cheever holds the record for the fastest race lap time at 38.119 seconds, which he achieved by reaching a speed that topped 236 MPH.

How Many Tire Changes Occur at the Indy 500?

Each entrant receives 30 sets of Firestone Firehawk race tires for the event, covering practice laps, qualifying and the race itself. The pit crew replaces all four of a car’s tires at each pit stop, with anywhere from seven to 10 pit stops in an entire Indianapolis 500 race (depending on racing conditions). In case you’re wondering, those pit stops typically take about eight seconds.

(You don’t need to replace your tires that frequently. But when you do, we know just the right pit crew.)

A driver by the name of Ray Harroun driving his Marmon “Wasp” won the first-ever Indianapolis 500 race in 1911 on Firestone tires. The first thing Harroun said upon exiting his vehicle after the race: “Gee, I’m hungry.” You can still read the original Associated Press report of Harroun’s 1911 victory today.

How Do Indy 500 Drivers Stay Hydrated?

A grueling feat of endurance such as the Indy 500 demands participants stay hydrated. But how? They certainly can’t remove their helmets every time they want a sip or two.

In 1913, one driver — Jules Goux, the race’s eventual winner that year — drank champagne during pit stops of the competition, reports The Sportsman. A year later, a new rule prohibited alcohol consumption during the race.

How Do Indy 500 Drivers Use the Restroom?

Professional drivers are careful to moderate their consumption of liquids before a race. And just as you do before beginning a road trip, they go before the green flag waves and the race starts.

When nature calls, however, drivers have reported relieving themselves right there in the car, reports IndyStar. After all, you won’t find any convenient rest stops on the track.

During its national radio broadcast in 1955, announcer Sid Collins first described the Indy 500 as, “The Greatest Spectacle in Racing.”

It stands to reason, even to this day. As recorded in The Smithsonian Magazine, the history of the Indy 500 spans more than a century, including many compelling characters, which explains its reputation as one of sports history’s greatest events.

All sports rely upon tradition, but few events offer the tradition and drama of the Indy 500.

Bring the Race to Your Driveway

Itching to make your ride sportier? Get high-performance tires like Firestone Firehawk GT for all-season performance and racing-inspired looks. A trip to your local Firestone Complete Auto Care center will ensure you get the right tires at the right price and many other excellent services to match. 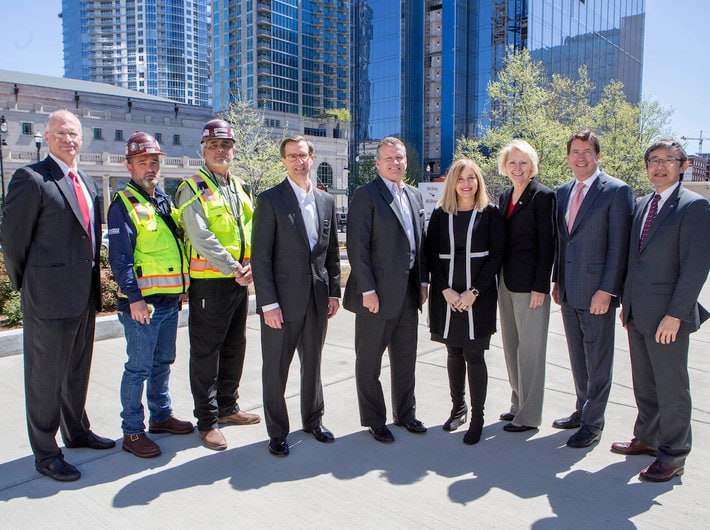 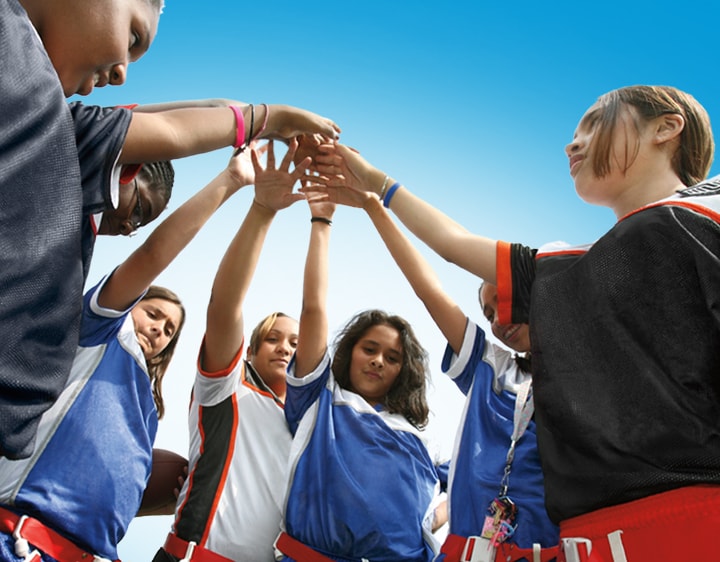 Aug 15, 2017
You can help change a student's life by visiting your local Firestone Complete Auto Care between Aug. 10 and Oct. 8. Learn more and stop by today! 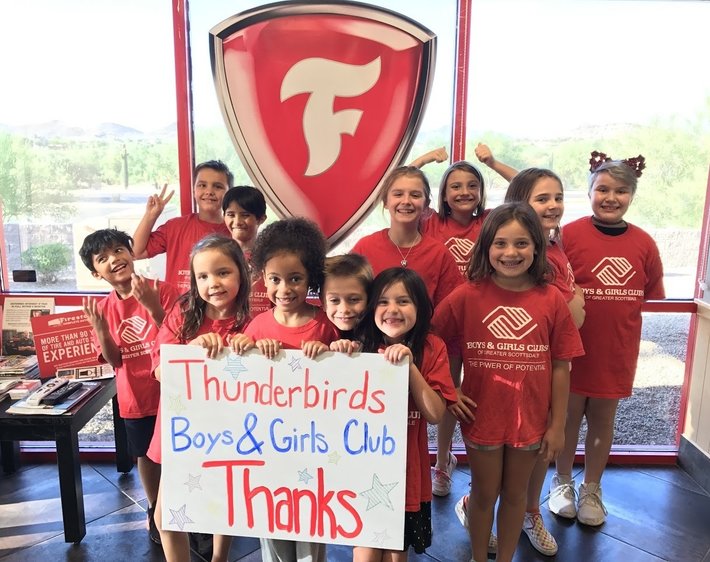 You Did It! $1.4 Million Raised for Boys & Girls Clubs of America

Dec 27, 2017
You did it! See how your BGCA donations at Firestone Complete Auto Care are driving great futures for youth and teens across the nation. Supporting the Fight: How Bridgestone and Firestone Are Helping in the Battle Against COVID-19

May 6, 2020
With COVID-19 keeping us apart, working together is more important than ever. Learn how Bridgestone and Firestone are supporting the fight against COVID-19. 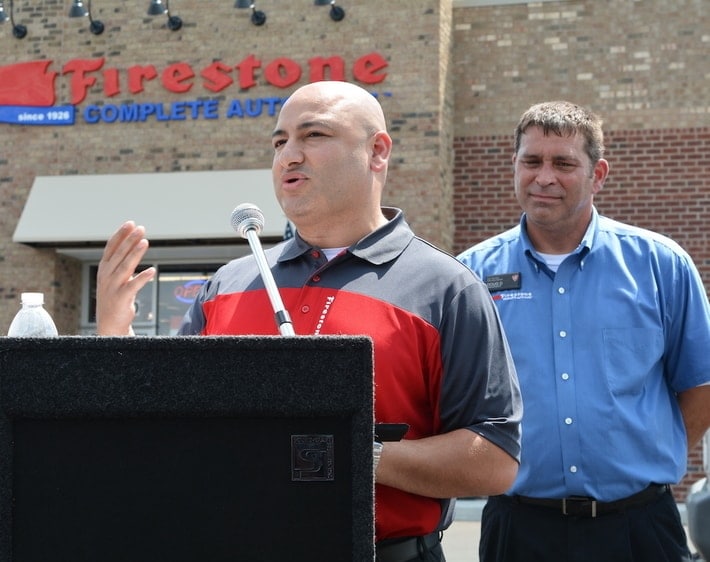 Make a Pit Stop at Our New Car Care Centers

Mar 10, 2020
Weve expanded our footprint to bring convenient car care options closer to you! Learn about how and where were opening new auto service centers. 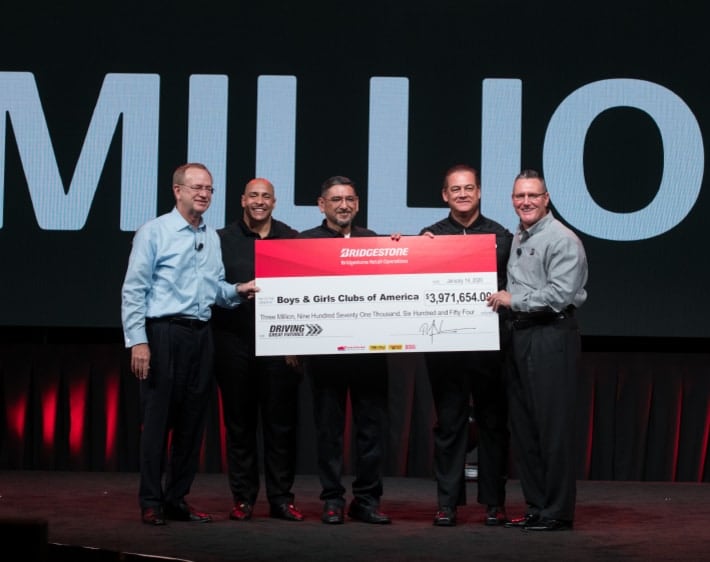 How Bridgestone is Driving Great Futures for Over 600,000 Kids

Mar 9, 2020
The partnership between Bridgestone and Boys & Girls Clubs of America got even stronger in 2019. Learn what the program accomplished and whats next.